As every traveler knows the best part about traveling is stumbling upon a hidden gem, be it a secluded beach, a tiny hole in the wall sell the best coffee or in our case a wee town that we never considered even stopping for fuel. A chain of unavoidable events lead us to the tiny historic town of Mancos sitting on the edge of a highway and boy are we glad that they did.

As we left the scorching heat of the Utah desert behind us we headed towards Colorado, a route to get us to Dallas as quickly as possible. The reason for such urgency was because both our bikes started to fall apart. The mighty Dakar came to a grinding halt on the main street of Moab, Utah. Jeff and CB started to perform open heart surgery right there on the street in front of an organic gelato shop and massage centre which drew a small audience that Jeff and CB seemed to enjoy. After bleeding the front brake the Dakar limped to the campground and Jeff and CB continued to work on all the bikes – our poor machines had worked extremely hard traveling almost 500km in 43 degree Celsius heat. DB’s bike, affectionately named “Wobbles” due to a damaged head steering bearing making it wobble in first and second gear, now also started to leak water and oil – indicating the water-pump seals are failing. With no one but a BMW dealer wanting to touch the machines we were at a conundrum – do we ride two hours to Mancos, Colorado and wait a week till the bikes are fixed OR travel to Dallas in 5 days and get the bikes fixed there??? We decided to shelve the decision till the morning as we were all tired, dehydrated and suffering from mild heatstroke after a full on day of riding. Our campsite was awful – a dust bowl with rocky tent sites and guests cooking their dinners on smokey coal BBQs. DB said ‘f-that’ and went looking for a hotel – it is best not to argue with her at times like that. The next morning we all decided to take a day off and check out Arches National Park. The plan was to start early the following day to beat the heat and check out the arches. We just made it through the entrance of the NP as the aforementioned front break caused some unwanted braking action. So we returned to the hotel to swap bikes for safety reasons just to find out that Jeff and Catha turned around as well with an empty tank… On the second attempt to see the arches it was truly past 10am and the heat was rising. We managed to look at a few amazing sites, such as the Balanced Rock and some other formations, but at noon we called it quits as the temperature became unbearable. Jeff and Catha soldiered on and went on a 5 mile hike in the scorching heat. As we debriefed in the evening, we decided to stay another night at Moab and attempt the hike the next morning while Jeff and Catha jumped on their bikes after dinner to clock up a few more miles before pitching a tent under the desert sky full of stars. They still need to make it to Phoenix, AZ by Saturday morning, as Jeff needs to return to work in Alberta, Canada. We finally made it to Arches the next morning and what we saw was worth all the effort’. Seeing the Landscape Arch was definitely the highlight of the day. On the way back to Moab we were stopped by the local Park Ranger with blinking lights – just like in the movies! Apparently, CB was a little to easy on the throttle, mind you the 30 mile an hour speed limit in the middle of nowhere was just meant to be broken… worst thing was, all the paperwork, including the registration paper of the bike was at the hotel and the Ranger wasn’t too happy about it. But having Australian IDs might have helped a little as we got away with a stern warning… Leaving the deserts of Utah behind us, Team Berg continued their journey towards Colorado. Crossing the State border was like entering a different country – green, lush and the air smelling of pine right into the surprising little town of Mancos. 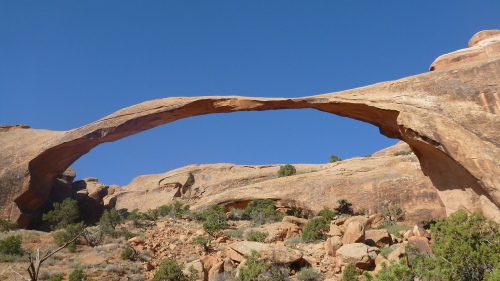 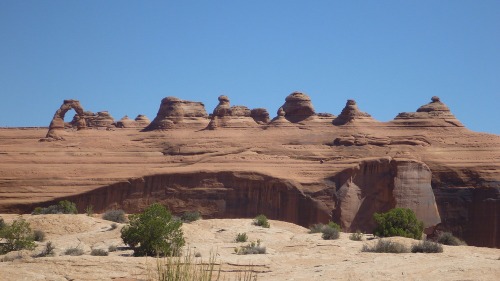 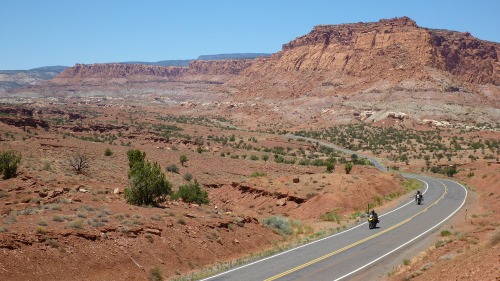